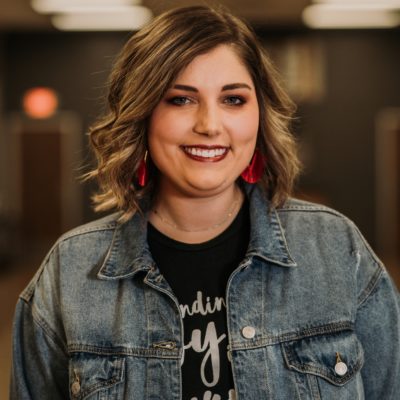 Let me just start off with this is a really hard story to share and also I have permission from my husband to share this story with you. Ok, let’s dive in.

On a chilly fall October day 3 years ago, my husband came home from work and our girls were all dressed up in their Halloween costumes to go to an event put on by the local YMCA. We loaded up our leopard and unicorn in the car and headed to the event. Our girls were so excited to get candy and have a blast. It was rainy outside so the event got moved inside, which didn’t bother our girls because they had all the gymnastic equipment up. We stayed for a little while then headed home to eat dinner. After dinner we cleaned up all the face paint and tucked our girls into bed for the night, that’s when this story really starts.

You see at the end of my husband’s workday he received, alongside his check, a pink slip. Now let me tell you a little bit about my husband. He is one of the hardest workers I know and this pink slip was completely out of left field. There was a letter telling him that this was no reflection on him but the company no longer had the funds to pay for his position. Talk about a total punch to the gut. And what does my husband do, to not ruin the night? He comes home, puts on a smile, and acts like nothing is wrong until after the girls are in bed and he looks at me with eyes slightly downward and said, “I need you to read this.” Then proceeds to hand me the letter his now former boss had written.

I read the letter in complete shock. “What? How can this be? He wrote you a letter and didn’t even speak to you face to face? What a jerk? Does he even care that you have a family to support and we are a one-income family?….. I’m so sorry babe.” My mind was racing. We had a little money saved up but not enough to go without income for the rest of the year. And Christmas was coming, the only blessing from that was I am an early shopper and already had our girls Christmas presents, so at least they wouldn’t notice anything being different. I know Christmas isn’t about the gifts but we love to see the light in their eyes when they get something they really wanted.  That was our goal. We didn’t want them to feel like they had less even though we were going to have to cut back just so we could pay our bills and have food to eat.

That night we came up with a plan, but we never thought that it would last over 5 weeks. During that time my husband was taking a beating mentally. He was falling into a depression and I had to be strong for the whole family. I keep our family financials and my breaking point was when we had $600 in the bank and bills to pay. I didn’t know what we were going to do. A family that was close to us blessed us with a gift and we were able to pay a couple of our bills with that money and the family that lives around us gave us groceries and other necessities. We saw God work through those people.

After many weeks of job searching and interviews, he received a call with a job offer. It wasn’t much, actually, it was 20 thousand less than he made at his previous job, but it was better than unemployment. We were so relieved, but the financial struggles didn’t stop. During this time we learned how to spend our money wisely and created a budget that worked for us. After some time at this job, which was wearing him down because it wasn’t what we wanted to do, my amazing husband received a job offer for a job he was perfect for and he has been with that company ever since. Learning how to spend our money wisely was one blessing during this difficult time. We have built up our savings again and this past year bought a house! Without putting our trust in God we wouldn’t be where we are today. A happy healthy family in our forever home!

If you are going through a difficult time, put your trust in God. There will be times when you might wonder if God is even there but keep going. God can see the big picture we can’t. I struggle with that because I love a plan and when God says “trust me it will be better in the end” It is easier said than done, but I can honestly say today I see where God was working in our life during that time and the times I doubted I see that he truly was there. I could go on and on about where I saw God but I will sum it up in one statement.

If we didn’t go through that difficult time my husband wouldn’t have had specific skills on his resume, that he decided to update online because he wanted to go farther in his career rather than staying at that dead-end job. Then the recruiter wouldn’t have reached out and he wouldn’t have received a job interview that led to a job offer that changed our life!