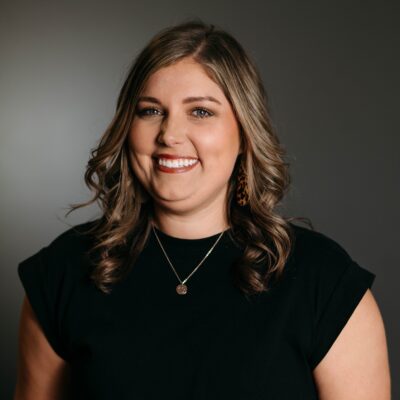 About a month ago I wrote my first blog on purity culture and it caused quite a stir. Actually, I had some really great conversations that came from that blog and I wanted to continue the conversation.

One question that came up was, “What’s so wrong with purity culture?”. Needless to say, he hadn’t read my blog to hear my perspective and how it affected my life, but I went on to explain. The idea behind purity is not the negative part. The church has taken something, that as Christ-followers, we should want to strive for and the church twisted it, added heavy shame and guilt, and made it something God never intended it to be. That is why now so many millennials that grew up in this culture are in therapy and talking to counselors. Unfortunately, it had a larger impact on females. However, males were impacted as well and over the next few weeks, I will be interviewing some guys to get their perspectives on purity culture. So be on the lookout for that blog coming up.

As I continued to have these conversations the idea kept coming to light that the shame and guilt were too big for God to forgive. That’s why some people have walked away from the faith. I mean why would you want to serve a God that will never forgive you because of your mistakes? I wouldn’t!

I recently read a quote from Zachary Wagner and to some people it may sound harsh, but I really think it sums up the negative impact of purity culture. He says this, “Purity culture led to the radical dehumanization of women who are viewed as either a threat that could compromise a man’s faithfulness or in marriage as a God-given “outlet” for a man’s sexual desire.” He later went on to say, “The way to respect women is to fully humanize them, not just avoid them.”

If you don’t think there is truth to either of these statements I would challenge you to take a step back and think of this from a different perspective. Imagine being told what you wear can cause the men/boys in your life to stumble into sin, and that’s solely on you. Or as a wife you need to just “suck it up” and not “withhold” sex because your husband has “needs”. Is it making sense yet? Let me try one more, how about being the only female pastor in the room which has been historically filled with male pastors, and not one of them comes up to talk to you? Instead, when you are finally introduced, you are asked, “Who are you related to?”. This question makes you realize that the person asking couldn’t imagine why a woman would be here if they weren’t someone’s wife.

If you’re thinking these stories never happen, it might be surprising that the last example is my personal experience about a week ago. I knew going into this event that I would be the only female pastor in the room, but what I didn’t expect was feeling like I was being avoided by everyone but the people I came with. I was able to have a conversation with a few people and I think it helped them see a different perspective of me being there and gave some worth and value to my attendance. But that doesn’t change the fact that the whole event was crafted around and for male pastors. Everything from the logo, being a silhouette of a bald older man behind a pulpit, to the topics that were discussed. I mean the whole event ended with, “go home kiss your wife and be a good father to your kids.” It was awkward to be a female during this ending, but what do you think a single man felt like during this? (Quick side note: the ideal of marriage being the end goal as a Christian steams from purity culture as well. We need our young adults to understand there is nothing wrong if you aren’t married. I know this because I went to bible college and there is a reason the phrase “ring by spring” is so popular. It should be noted that I absolutely hate this phrase.)

So what does all of this have to do with purity culture? Being a female in a male-denominated career, I see things from a different perspective and I can also pinpoint how purity culture has become such a twisted ideology today. Instead of educating people on what purity really was meant to be and how God intended it. The church has chosen to indoctrinate people instead. Indoctrination means, “the process of teaching a person or group to accept a set of beliefs uncritically.” The key word in that definition is uncritically. Purity culture didn’t allow for questions. We were told to accept what we were told because it was a fact. What’s worse is that some leaders used scripture taken out of context to back up their point being made.

I really wish this was all in the past and we were moving forward. In some places, the culture is shifting which is great! But in other spaces, purity culture is unfortunately still present today. Remember that event I was talking about earlier? Well, right in the middle of one of the speaker’s talk, purity culture reared its ugly head and I almost got up and walked out. All my past emotions started to raise my blood pressure, I started to sweat and physically started shaking. That was because the words being said brought back the hurts of my past and the anger with knowing how twisted purity culture is, was coming to the surface. I didn’t get up and walk out, although my face probably didn’t hide my disgust, that’s because I honestly don’t think he was trying to cause harm. I believe he was saying it out of ignorance, not knowing how messed up it sounded. That shouldn’t be an excuse, we need to be more aware and held accountable for what we are saying. That’s why it’s so important to look at things in a different perspective than your own. As leaders, we can’t just say things because it’s always been said that way or do things because that’s how it’s always been done. We need to ask questions. That’s also why we need to educate not indoctrinate.

I’m so passionate about speaking out about purity culture because I’ve lived it and am still healing from it. Also, I’m a mom of girls and I want them to know what purity really means and give them the opportunity to ask questions. To say it breaks my heart is an understatement, that a large number of people have been leaving the church and one reason is that this whole culture built around “purity” has nothing to do with Jesus. The “church” has become a building filled with rules that we can never live up to and guess what, that is never what God wanted it to be. We are the church commissioned to go out into all the world, loving God and loving people.

If you are questioning this whole purity culture piece or the things you were taught growing up in the church, please don’t hesitate to reach out to me at megan@churchanywhere.us It’s ok to ask questions about your faith and I’m here if you need me to walk through any questions you may have.